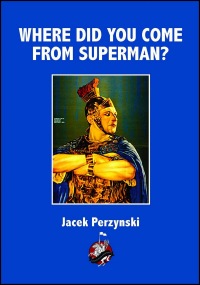 Where Did You Come From Superman?

WASZA OCENA
Brak głosów...
TWOJA OCENA
Zagłosuj!
This is the story of a man who was the original prototype of Superman presented against the background of Jewish history and its impact on the Superman culture. It tells the story of Zishe Breitbart who in many respects could have served as a role model for Superman – including his nickname “Superman of the Ages”. He was born in Tsarist Russian (Poland) in the 1880’s and died in Poland in the 1920’s but in between he developed the reputation as “the Strongest Man in the World.” He was also one of the first entertainers to exploit the fitness market. A true story of an exceptions individual.

Where Did You Come From Superman? is translated from Polish by an author who had the cooperation of the Breitbart family and includes many contemporary photos.